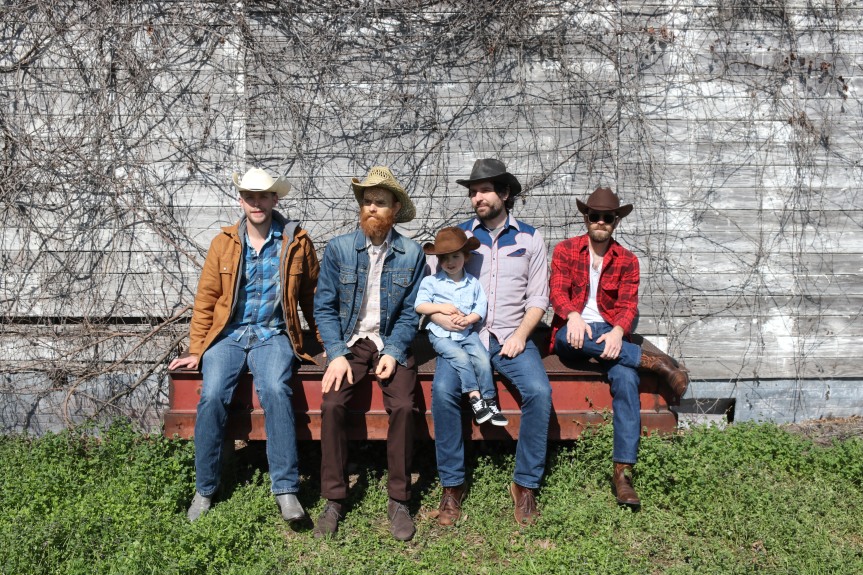 Cosmic Convoy consists of a ramshackle group of good friends, most of whom have been playing music together for over a decade. In late 2017, guitarist/singer Brent Pennington, lead guitarist Chris Gregory, and drummer Andy McAllister decided to embark on a new project they called Cosmic Convoy. Since all three had played music in various bands their whole lives, but now found themselves working full time to support their families, they wanted to use this as a creative outlet that would fit in with their family lives. They have since added bassist and artist Mark Stalknaker.

More recently, they have begun to incorporate some originals, and plan to record their debut EP, “Together Again for the First Time”, in early 2020. Booking inquiries: booking@cosmicconvoy.com.